‘The Birth of a Nation’ Review

HomeReviews‘The Birth of a Nation’ Review 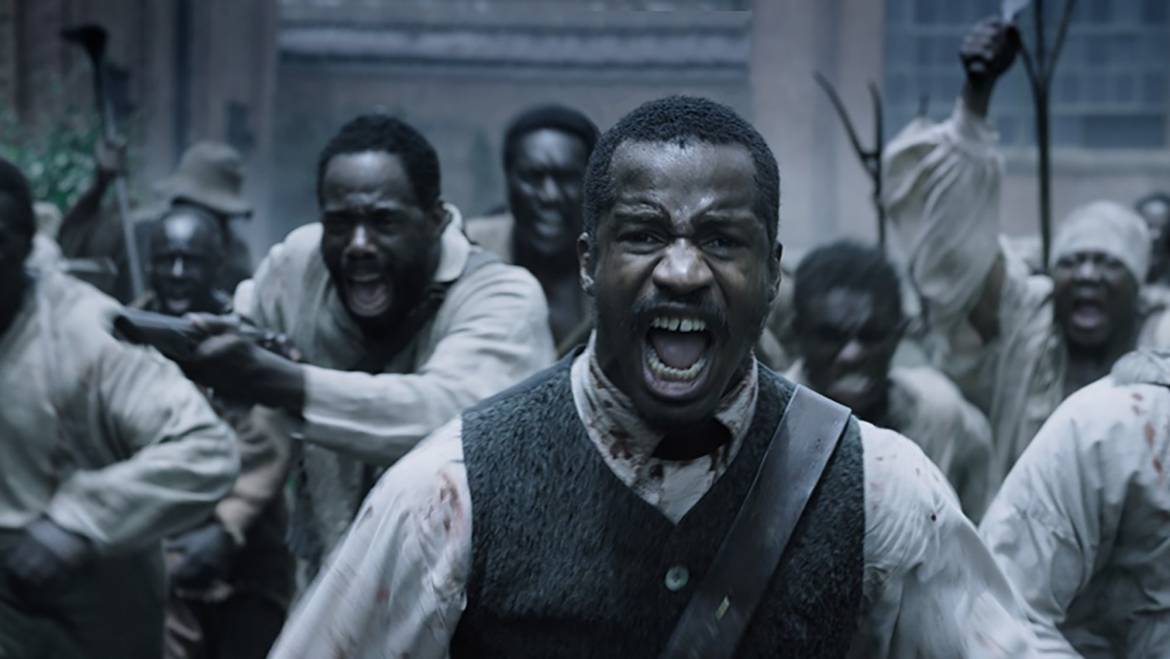 The Birth of a Nation is an undeniably good film. I want to establish that from the very beginning. There isn’t anything particularly bad about it, other than the history that surrounds it. However, what’s frustrating is the way it refuses to take any risks. Everything about it feels like something you’ve seen before, and while they are (mostly) good homages, it simplifies a rather extraordinary story, resulting in missed opportunities and choosing to settle for “good” instead of “great.”

The film follows the life of Nat Turner (Nate Parker, also the film’s writer/director), a young slave in Virginia in 1831. From a young age, Turner shows an exemplary intellect. He’s literate, he has a way with words, and he has a strong understanding of the Bible. He becomes a preacher on top of his duties in the field, and becomes so renowned that when his master (and former childhood friend) Samuel Turner (Armie Hammer) falls on hard times, he elects to take Nat on tour through the county. You see, the white folks are getting worried because the slaves are getting restless-they need someone who can explain God to them in order to calm their nerves. However, after witnessing the rape of his wife, the mistreatment of his fellow slaves, and a series of visions from the Lord, Nat realizes his true purpose: to lead the slaves to rise up, kill their masters and lead a rebellion to fight for freedom for his people.

While this is actually a true story, this description might also sound familiar to film fans. That’s because it’s the plot of Spartacus and Braveheart, with a little bit of The Ten Commandments thrown in (they even quote that film at one point). And sure, the logical response is that this is really the tale of any suppressed people, as history repeats itself an unseemly amount. But here, it is literally these films. That’s because Parker, a first-time writer and director, steals from the best. Parker’s arc is almost the exact same one as Kirk Douglas’ Spartacus, and even more so Mel Gibson’s William Wallace. Gibson supposedly helped Parker making this film, and this can be seen in not only visual allusions to his 1995 Best Picture winner (there’s one scene that’s so egregiously stolen from Braveheart, it’s uncomfortable), but also Passion of the Christ-wide Biblical shots that arise from time to time seem akin to the visions Gibson’s religious opus. It’s clear that Parker is unsure of himself as a writer, and while it never hinders the film, it also refuses to help it.

However, the biggest issue the film faces is its refusal to really explore Turner as a person, specifically in the third act. The film spends its two-hour runtime ramping up to the eventual rebellion, and while the fight scenes are both cathartic and stunning, they also lack any substance. First, the film never explores Turner as a leader. We know that he’s smart, and we’ve seen his oratory skills, but there’s no reason to believe he’s a skilled battlefield leader, other than history. In fact, the film seems to imply he was a terrible strategist-he chooses to charge whenever confronted, ignoring any sense of formation or strategy, leaving his eventual defeat without suspense. I can’t tell if the actual Turner was a bad leader or just heavily outnumbered, but the film never explores things like this. Furthermore, it never really comments on Turner’s legacy. You see, one of the more notorious facts of Turner’s rebellion is the fact he (supposedly) murdered children alongside the adult slave-owners. This is a horrific action, but one that can be explored through either strategic needs (the need to catch the Southern leaders off-guard) or faith-based motivations (Turner had been reading a lot about Joshua and David, who notoriously wiped out their enemy tribes man, woman and child). However, the film whitewashes this fact away-while we see one woman killed with her husband, we only see two-dimensional racists beaten and killed. It leaves out anything interesting or compelling about Turner as a man or as a legend. Maybe this complaint stems from the historian in me, but I think that would have made for a more interesting character study.

As for the acting, Parker is the one most often written home about, and for good reason: he brings eloquence to his speeches and homilies, especially an early one where he makes veiled references to uprising in front of his owners, as well as a speech to inspire his troops. One particular scene is incredible, where he angrily exchanges Bible verses with a Reverend to determine if God supports or condemns slavery. However, as good as Parker is, there’s nothing that makes Turner interesting as written-it’s Parker’s charm that makes him stand out, not the character. Essentially, he’s no Spartacus, he’s no Wallace, and he’s no Solomon from Twelve Years a Slave. If you want an actual character arc, look to Armie Hammer’s Samuel. Samuel used to play with Nat as a child, only to grow up into an owner, which is enough of a treatise on the way racism is taught to children to fill volumes. As he accepts his “duties,” he tries to be “respectable” in his position, rarely beating his slaves and buying the girl Nat loves as a wife for him (yeah, there’s going to be a ton of pieces written on how creepy and messed up this notion is, so I’m not going to bother with it, but it’s definitely weird). However, through booze and vanity, he eventually becomes the very man we must root against. Hammer brings a swagger to the role that makes him empathetic, yet never likable. When Turner rises up against him, you lament the fact it had to come to this, but you still root for his comeuppance. That’s 100% due to the performance that Hammer has crafted. Sure, he’s nowhere near as memorable as Leonardo DiCaprio or Michael Fassbender, but he’s fine nonetheless. As for the women, there’s not much to say. Of the four female characters with any importance to the plot, two are written for the sole purpose of being raped and inspiring Nat’s rebellion (Aja Naomi King, who is fine but underwritten as Nat’s wife, and Gabrielle Union, in what is essentially a cameo), one is fine but unremarkable (Aunjanue Ellis), and one is slightly more memorable (Esther Scott). Again, if you’re looking for any standout performances in the cast, you’ll have to look solely at Parker and Hammer.

Technically, the film is fine. There’s not really any standout cinematography, but there are some gorgeous shots of the cotton fields, in order to juxtapose the horrors that occur in them. The editing is a little choppy-some cuts are well done, some are fancy for the sole purpose of showing off, and some are just flat-out awful. And when it comes to the portrayal of the horrors of slavery, there is one scene worth noting: a horrifying sequence where a slave has his teeth chipped out in order to force feed him during a hunger strike. It’s nowhere near as gruesome as the hanging scene in 12 Years a Slave or the Mandigo Fights in Django Unchained, but it’s still hard to watch.

Thus, The Birth of a Nation is a fine film. Nate Parker does a fine job for his first time directing, and an even better job acting. Everyone is on board to keep this film on track. However, due to a generic script and some first time sloppiness, the film misses out on its destiny of being great. It never insults Turner’s legacy, but it also doesn’t live up to it. In short, it’s not worth any controversy surrounding it, one way or the other.