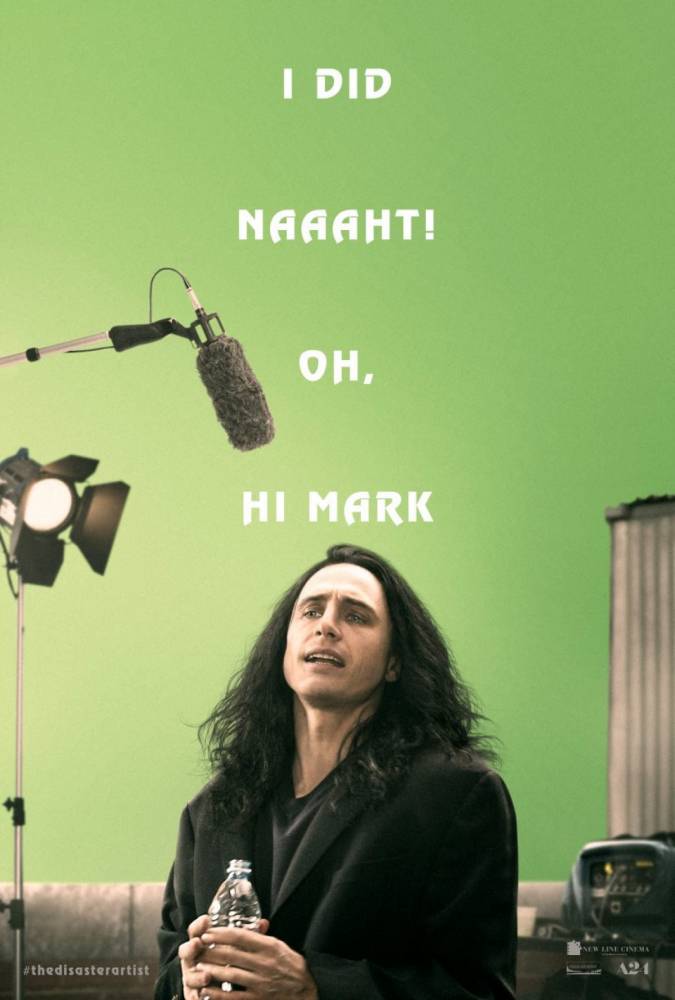 Guys, I love The Room. Often referred to as the best bad movie ever made, it’s earnest ineptitude has won over fans for the past fifteen years. I’m a huge fan of the movie myself, having seen it almost twenty times, completed the drinking game (not as difficult as it sounds), and even gone to see it on the big screen. It was here that I met Tommy Wiseau, who is actually an absolute sweetheart whose optimism is contagious. Naturally, because of these many reasons, I read co-star Greg Sestero’s best-selling novel The Disaster Artist, which was a highly entertaining, beautiful read. And I cannot be more excited for the trailer for James Franco’s highly acclaimed adaptation.

In the mid-nineties, aspiring actor Greg Sestero (Dave Franco) strikes up a friendship with the enigmatic Tommy Wiseau (James Franco). Tommy’s volatile nature and astoundingly bad acting make for a tough friendship, but Greg manages to push through, and when Tommy pitches the worst movie Greg has ever read, he has no choice but to help his friend create what is now considered the Worst Movie Ever Made.

I love everything about this trailer. I’m surprised that Franco undersells the accent so much, but I don’t actually mind it. Meanwhile, Dave looks exactly like Sestero, which I find fascinating. You also get a chance to see Seth Rogen and Paul Scheer, who play decent-sized roles in the movie. The rest of the cast is a who’s-who in the comedian and acting community, including Josh Hutcherson, Zac Efron, Ari Graynor, Jacki Weaver, Hannibal Buress, Nathan Fielder, Alison Brie, Sharon Stone, Melanie Griffith, Christopher Mintz-Plasse, Kate Upton, Jason Mantzoukas, and cameos from Bryan Cranston, Zach Braff, J.J. Abrams, Kristen Bell, and Adam Scott. The movie was given an Oscar-friendly release date of December 1st, and you can watch the fantastic trailer below. For context of the scene in question, you can watch that at the bottom of the article.