‘The Fate Of The Furious’ Review

HomeReviews‘The Fate Of The Furious’ Review 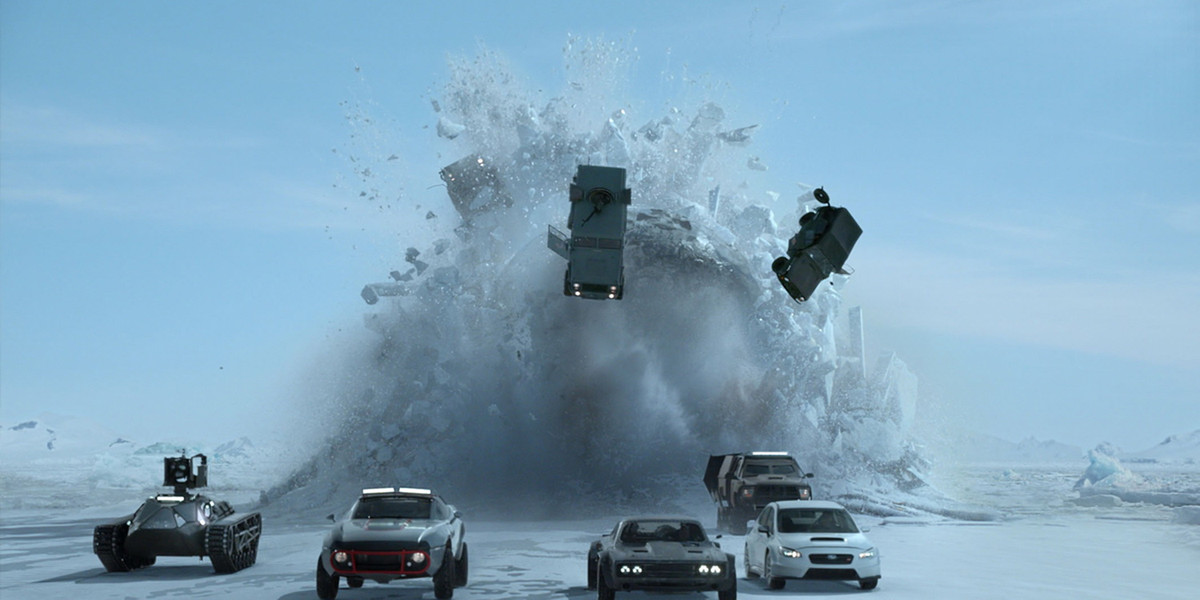 The Fate of the Furious, and by extension, the entire Fast and the Furious franchise, may be exactly the film America needs and deserves. It’s honestly the type of film that crosses boundaries: it’s an old-fashioned dumb movie, the kind that filled the 60s and 70s and were loved by our parents and grandparents, thus appealing to one major demographic; it’s a big dumb loud actioner where Americans go around the world wooing women and saving the day in fast cars, thus appealing to the right; however, they are also a group of ragtag immigrants and minorities making up one big “family,” regardless of race, creed, or gender, and the villain is a white woman in dreds, thus appealing to the left. It’s such an odd hodgepodge, I don’t know how anyone couldn’t love it.

It’s been about a year since the events in Los Angeles. Dominic Toretto (Vin Diesel) and his recently memory-restored wife Letty (Michell Rodriguez) are still on their honeymoon, which is interrupted by a name from the past and a sinister new force. During a routine mission for Mr. Nobody (Kurt Russell), Dom ends up betraying everything-his code, his country, and above all, his family-by stealing a class four WMD and leaving them to be burned by the feds. Now it’s up to Letty, Special Agent Hobbs (Dwayne Johnson, swoon), Roman (Tyrese Gibson), Tej (Chris Bridges), Ramsey (Nathalie Emmanuel), new team member Eric Reisner (Scott Eastwood), and former enemy Deckard Shaw (Jason Statham) to travel around the world, from New York to Russia, in order to find out why Dom has joined with uber-hacker Cipher (Charlize Theron) and to stop them before they can commit an act of terror.

It’s really shocking to recall that this series started as a fairly realistic yet ridiculously terrible knock-off of Point Break. The way these characters have evolved from “thieves with a code” to “superhuman deities who clean and jerk with a stone prison bench and survive fiery explosions unscathed” honestly needs a conspiracy string theory to unfurl. I actually didn’t see any film in the series until two years ago. I actively avoided it, knowing they were stupid and that I don’t really care about cars or films with bad writing. Oscar buzz (for song, don’t worry) and a friend’s impassioned sales pitch convinced me to see the seventh entry, where I realized the films scratched an itch that I didn’t realize they would: the idiotic itch.* That itch where you want something that’s so dumb, it has to be intentional. And that’s what the Fast and the Furious series does best: they provide well-shot, competently acted (debatably) cool movies filled with dumb-but-lovable dialogue and blatant product placement (our heroes only drink Corona and Budweiser, and only drive the best cars in the world, which they are proud to name on a moment’s notice). And that’s what I appreciate about these movies, and why this film works. I don’t necessarily need the character of Brian O’Conner or any of the backstory (that’s not to say Walker is missed, just that his arc never interested me, and the parts of the original Fast and the Furious movie I’ve seen on cable are unbearable), I just want dumb characters waxing poetic about family while doing impossible stunts for my entertainment.

As for the cast, I’m not gonna pretend any of these people are ever going to win an Oscar (well, outside of Johnson, who is destined for a nomination one day, and maybe Statham and Russell). However, they play their stereotypes well. Diesel’s meathead Dom will never convince me that he’s the brains of any type of organization, but I’m not sure the films work without him. Rodriguez portrays the balance between “tough girl” and “hot girl” (the film’s label, I assure you) is carefully walked. The chemistry between Bridges, the nerd, and Gibson, the Fool, is always a highlight of the films. And while she never gets to be as bad-ass as Furiosa, Theron is a passable villain. Then there’s Johnson and Statham, who single-handedly steal this film with their natural charisma and sense of absurdity in the whole thing. And I won’t spoil it here, but there’s one cameo in the film that is everything the hype said it would be. Honestly, the only weak link is Eastwood as the team’s overseer. Eastwood seems to have gotten his father’s minimalism but none of his talent or charisma, leaving him a bland, boring actor that ruins everything he touches. The film would lose nothing by cutting him completely.

Look, this movie is dumb. The acting’s not very good, the dialogue is terrible, and it is nowhere near as “emotional” or enjoyable as Furious 7. But it’s a big dumb action movie that’s well-staged and goodhearted, and at the end of the day, that’s all we can ask for. Could it have been shorter? Absolutely. Could it have been smarter? I don’t know how they couldn’t not be. And could some of the sequences/plot points have used a punch up? Sure. But will the right audience be entertained by the perfect blend of big, cool, and stupid? I think so. And on those merits alone, the film succeeds.

* I’ve since seen all of Fast Five and parts of the first and third films on TV. Five is decent enough, even if it’s nowhere near as entertaining as 7, and the other two are atrocious beyond belief. Sorry if you’re fans of Rob Cohen or Tokyo Drift