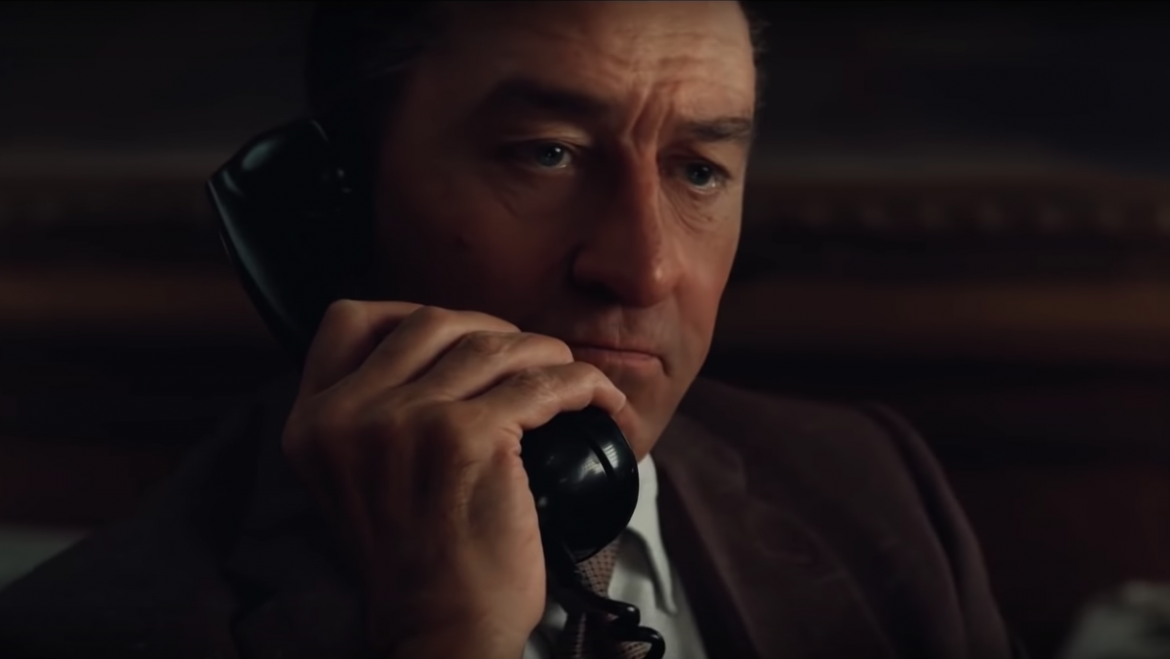 It’s been three years since Martin Scorsese last regaled us with one of his event films. The last of a certain kind of 70s auteur (along with Steven Spielberg, obviously), when Scorsese makes a film, you pay attention. And fresh off the news that it will open the New York Film Festival, his newest film, The Irishman, looks to put a definitive capstone on the genre that made him a star: the mob story.

Frank Sheeran (Robert De Niro) is nearing the end of his time on Earth, and as he enters the final stretch, he looks back on the moments and decisions that brought him to where he is today. This includes a stint in World War II that trained him to become a highly trained sniper. Coming home from the war, he gets involved with the Bufalino Crime Family, led by Russell (Joe Pesci) and Bill (Ray Romano) Bufalino. Becoming the highest ranking Irish member in the history of the Mafia, Frank finds himself engaging in a series of high-caliber hits, including (allegedly) John F. Kennedy and his former best friend, Jimmy Hoffa (Al Pacino).

This is an interesting trailer, because it simultaneously builds hype surrounding the challenging plot, shows off Scorsese’s talented cast, and demonstrates why this film is gonna be a hell of a challenging feat to pull off. This is a film based on the confessions of a mentally deranged sociopath, unproven and unrepentant, and Scorsese is using this material to wrap up everything he’s ever felt about the Mafia: the moral corruption, the downside of greed, and the minds of the mentally unhinged. And to conclude this chapter in Scorsese’s life, he’s put together an all-star team of his best players, meaning a reteaming with De Niro, Pesci, Harvey Keitel, and more, as well as first-time teamings with Pacino, Romano, Stephen Graham, Bobby Cannavale, and so on. However, the aspect of the film I’m not entirely sold on is the VFX: in order to tell this decades-spanning saga with this cast, Scorsese has decided to utilize de-aging technology, the first time it’s been used on this scale and outside of a few minutes in Marvel movies. And I’m not entirely sold on its success in this new trailer. Maybe it’ll look better in the final film, or perhaps even on the big screen (which I’m hoping I’ll get to see), but I’m not entirely sure yet. Still, de-aging aside, this is still too exciting a project to pass up, and I can’t wait to see it in its final form. The Irishman will be released by Netflix sometime this fall (I’ve heard November 27th), and it will have a limited theatrical run before going live on Netflix’s streaming service. You can watch the teaser below.