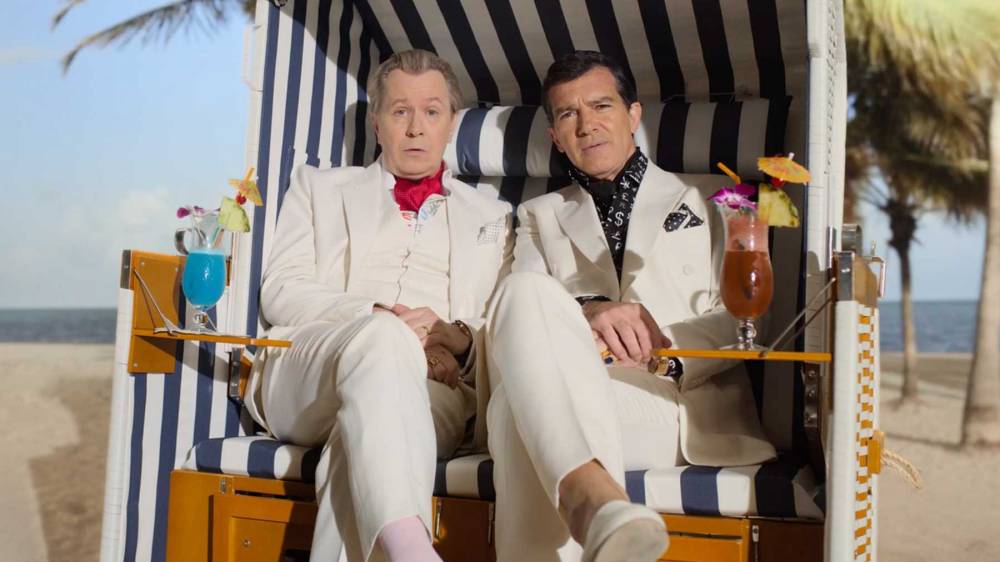 Steven Soderbergh has made almost every film under the sun in his career. He started out with edgy indie films like sex, lies and videotape and Gray’s Anatomy, shifted to genre-breaking noirs like Out of Sight, The Limey, Erin Brockovich, and Traffic, took some time to craft some truly trippy stuff, like Magic Mike, Che, and Unsane, and always made sure to take some time and have fun with films like the Ocean’s Trilogy, The Informant, and 2017’s phenomenal Logan Lucky. He’s a director that thrives for the simple while constantly tweaking his own formula. So when I heard he was directing The Laundromat, a film about The Panama Papers, it seemed rather…simplistic for a director whose changed the game so many times. Where were the risks? Well, I found them in the trailer.

Ellen Martin (Meryl Streep) is fed up. Her husband (James Cromwell) has recently perished in a boating accident, and her dream house has been snatched up by a shady businessman (Jeffrey Wright). When she decides to investigate the events that led to these tragedies, she uncovers a rabbit hole tracing back to one Panama City law firm, run by lecherous partners Jürgen Mossack (Gary Oldman) and Ramón Fonseca (Antonio Banderas). As it turns out, this law firm launders money for 150 million of the world’s richest individuals, including oil tycoons, tech start-ups, Russian oligarchs, and politicians. And with this information at her disposal, it’s up to Ellen to bring the story to the public and reveal the highly illegal scheme.

I’d heard rumors that The Laundromat would be a political satire, but I certainly wasn’t expecting…this. I wasn’t expecting David Schwimmer in full-on Ross mode. I wasn’t expecting the kookiest Meryl since Adaptation. And I certainly wasn’t expecting Gary Oldman and Antonio Banderas to be narrating the film as Hans and Franz from Saturday Night Live. And honestly? I kind of really like it. It’s a weird, intriguing take that calls to mind The Big Short, and I’d love to see what Soderbergh does with this material. The film recently premiered at the Venice Film Festival to mixed-positive acclaim, but most critics agree it’s one of Streep’s best performances yet. I’m very excited to see this one when it premieres. The Laundromat will premiere in select theaters on September 27th and on Netflix October 18th. You can watch the full trailer below.