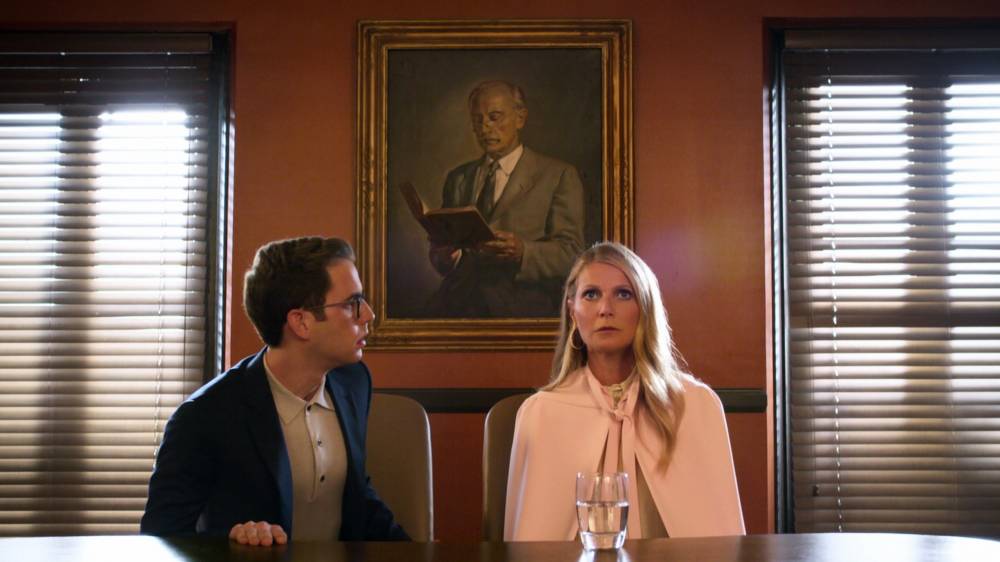 It’s been a few years since Ryan Murphy chose to spite Fox, the network that gave him a career and proceeded to screw him over, by signing with Netflix. Fans have eagerly awaited the newest project from the man who gave us Nip/Tuck, Glee, American Horror Story, American Crime Story, Scream Queens, and Feud. And while early reports that his first project before next year’s The Prom would be “a political satire commenting on the world of today” sounded like an absolutely unbearable premise, Murphy has once again proven that he knows how to tackle terrible ideas with incredible panache.

Payton Hobart (Ben Platt), a wealthy young man from Santa Barbara, is determined to become the President of the United States one day. Each season of the show will focus on a different political campaign he works on, starting with Season One, where he runs for High School President with the help of his mother, Georgina (Gwyneth Paltrow) and a sick student named Infinity Jackson (Zoey Deutch).

I’ve gotta say, while I had no interest in this show when it was first announced, this trailer really got me excited. Blending aspects of social satires Election and Drop Dead Gorgeous with Murphy, Brad Falchuk, and Ian Brennan’s ingenious work on Glee (well…for two and a half non-consecutive seasons), there’s a lot of solid jokes in this trailer. I love the idea of Ben Platt hiring a sick girl to raise his “polling numbers” in a high school election, only to cast her off when she makes an inappropriate comment to a reporter. I love the idea of Jessica Lange trying to assassinate a high schooler over a class election (in a role originally discussed for Barbra Streisand, feeding rumors that this show is also a musical). And I truly guffawed when students are asked to present “school ID” so “students from other school districts can’t be bussed in to vote illegally.” This show is working with some solid political satire, and it’s a lot more entertaining than I originally gave it credit for. The Politician also stars Lucy Boynton, Laura Dreyfuss, Bob Balaban, Judith Light, and Bette Midler, and it will be released on Netflix September 27th. You can watch the full trailer below.