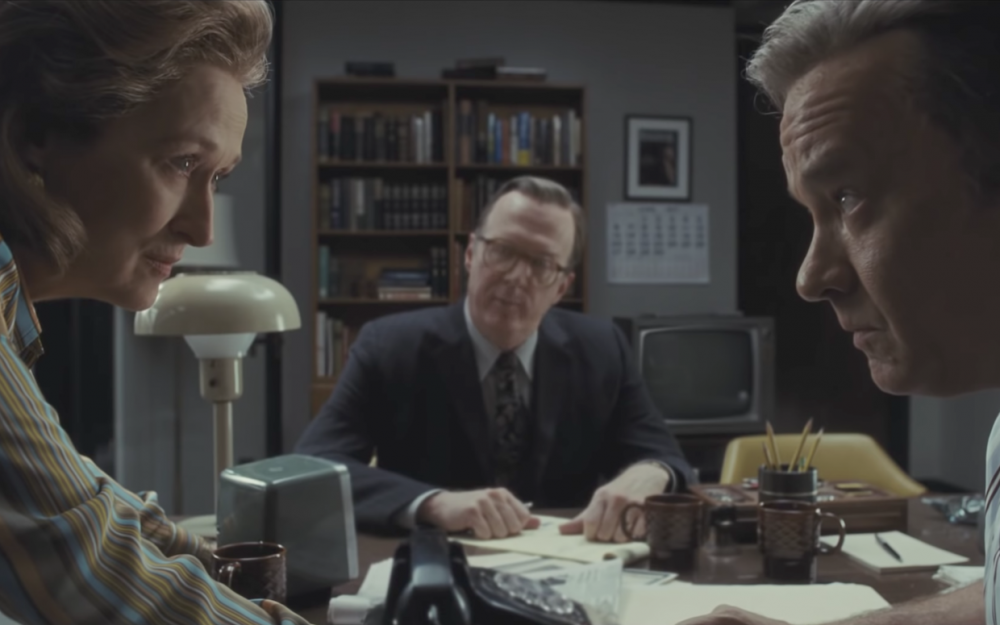 At long last, we finally have a trailer for the last variable in the Oscar race! Despite a December 22nd release date, Steven Spielberg has only now finished his film The Post and released a trailer to give audiences an idea of what it would look like to see their two favorite actors performing the most American task imaginable: Meryl Streep and Tom Hanks fighting the system on the side of righteousness.

Kay Graham (Streep) fought her way up to become the top woman in a male-dominated field. The owner of the Washington Post, she was in a precarious position: proving that women could have success in journalism at a time when that really didn’t happen. So it was a challenging decision for her when Ben Bradlee (Tom Hanks), the now-legendary editor, came to her with the Pentagon Papers, a series of top-secret documents revealing how the U.S. government had been systematically lying and manipulating the American people about the Vietnam War, from its cause to its necessity to its winnability, for thirty years. Despite the legal ramifications of the story, Graham and Bradlee decide to take a stand for the First Amendment and what is right in order to publish the story and stand up to the Nixon Administration.

The trailer indicates that the film, to some degree, will draw inspiration, visually and otherwise, from All The President’s Men (incidentally also about Ben Bradlee and The Post), Spotlight, and Spielberg’s last outing, Bridge of Spies. Quite frankly, I can’t help but be excited about this film. It’s the type of historical thriller that I eat up, it’s impossible not to be excited about America’s Favorite Director teaming up with America’s Favorite Actors, and the supporting cast is a Murderer’s Row of television and Broadway actors just aching for their big break, including Sarah Paulson, Alison Brie, Bob Odenkirk, Zach Woods, Carrie Coon, Bradley Whitford, Tracy Letts, Bruce Greenwood, Matthew Rhys, David Cross, Jesse Plemons, Michael Stuhlbarg, and Jessie Mueller. The film will be in limited release December 22nd before going wide January 12th, 2018. Expect this one to be a major Oscar player.