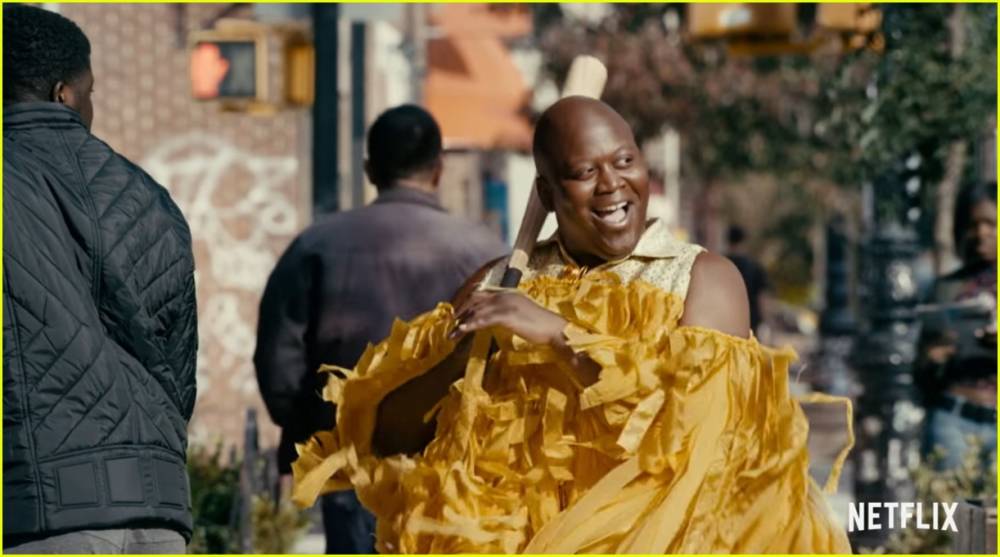 I made a grave error on my recent Top Ten Television Shows of 2016 list. I completely overlooked Unbreakable Kimmy Schmidt. I honestly don’t know how I did it-that show goes Top Five, easily. It’s truly a groundbreaking show, and is easily one of the best Netflix original series yet. Tina Fey’s writing seems to match perfectly with the talents of Ellie Kemper, and even more perfectly with Tituss Burgess. As I drove home from a trip this past weekend, I found myself thinking about this show and it’s assumed spring release, and realized a trailer couldn’t be far behind. As it turns out, I was right, as the trailer ended up dropping earlier this week.

When we last saw our favorite Indiana Mole Woman, she was in sort of a “two steps forward, one step back” situation-she’d started therapy, and had reunited with her mother, but was forced to confront a horrible truth about her past in the Bunker. Meanwhile, Titus Andromedon, television’s greatest creation, is following his dream performing on a cruise and hoping his relationship with Michael will work out.

First off, can I just comment on how perfect Tituss recreating Lemonade is? Like, I didn’t even think about that as an idea before this trailer, and yet it seems so obvious now. However, it does have me worried: he seems incredibly angry at Mikey, and Lemonade is all about cheating and revenge. I swear to God, if they break up the only healthy couple on television, I’m going to have serious issues with this show. But putting that aside, this is still one of the funniest shows out there. I have my own personal Kimmy Schmidt in my life, and I hope I get to watch the upcoming season with her the same way I did for the last one. Unbreakable Kimmy Schmidt will be alive, dammit, May 19th, only on Netflix. I’m assuming this will be Must See TV, so plan accordingly.