HomeNewsWhat’s The Buzz? Early Word On... 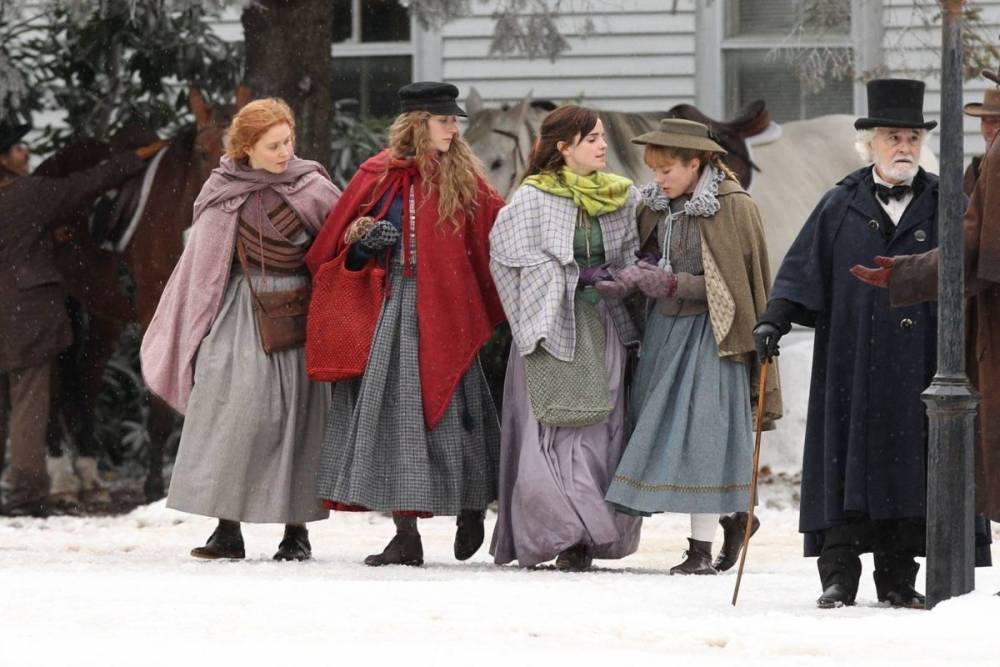 Mid-summer, just as festivals begin to announce their lineups and studios begin finalizing their winter Oscar contenders, there’s a period of time where whispers begin floating around. They are faint, as if wisps of wind passing through L.A. and the Internet, but they are there. These rumblings are reports, rumors, and buzz coming out of studios and festival heads, each mentioning to each other, “I can’t believe how good our fall slate is.” Pulling from these murmurs in the past, I’ve been told, “Hey, you should keep an eye on Moonlight, The Shape of Water, The Favourite, and Green Book.” And as we enter the next phase of Oscar season, I thought I’d share with you some of the most positive rumblings out there, from the heads of Toronto and Venice to secret insiders dropping vague hints in my favorite recesses of the Internet. 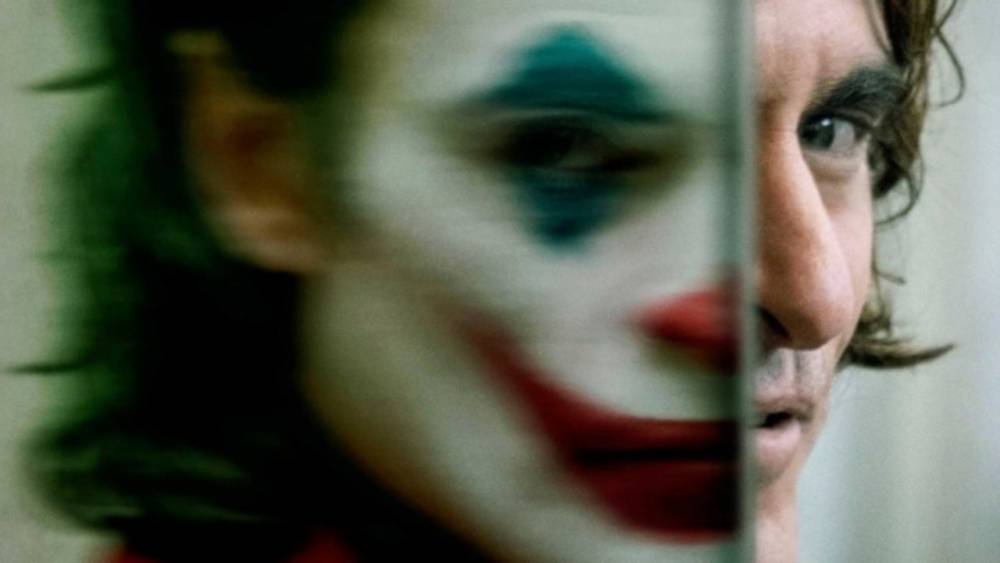 I’m going to start with the most surprising of the bunch, because it quite simply has to be addressed. Despite its weird, likely-polarizing material and crew, people cannot stop talking about Joker. It’s becoming a little bit irritating. The supervillain film, directed by Todd Phillips of The Hangover fame and starring Joaquin Phoenix in a Taxi Driver-esque take on the Batman antagonist, has made waves as the first comic book film to premiere at a fall festival, earning spots at Venice, Toronto, and most likely Telluride. The heads of Venice and Toronto have both referred to it as a “cinematic achievement,” and Oscar buzz has started swirling around Phoenix and the production in general. I don’t know, I’m not big on the whole project – it appears, in many ways, to be a giant wank by the production team and Warner Brothers. However, I also look back on 2015, when comedy director Adam McKay released his own cinematic wank titled The Big Short, a film that ended up becoming a decade-defining best and earning critical, commercial, and Oscar success. Maybe it’s time for Todd Phillips, who’s been turning serious ever since 2016’s War Dogs, to have his own moment of artistic merit. All I know is no matter how you slice it, Joker is a property we’re going to have to look out for. Far more obvious, in a rather lovely way, is Just Mercy. I’ve already written about Just Mercy and its potential Oscar chances, but I thought you all deserved to know exactly what I’ve been hearing. The same source that first told me of Moonlight and The Shape of Water has now reported that Just Mercy is “legit in play,” telling the kind of uplifting, exciting story about race and justice in America that made Green Book a critical and commercial success last year. There’s a lot of buzz surrounding Michael B. Jordan’s lead performance as attorney Bryan Stevenson, as well as Jamie Foxx as Walter McMillan, the wrongly accused man. Director Destin Daniel Cretton, who made the terrific Short Term 12 back in 2013, is also receiving exciting notices out of early test screenings. Warner Bros. will definitely give Just Mercy a massive push, with a TIFF slot scheduled and a potential Telluride bid on the horizon, and between these two films, they should have a pretty successful Oscar season. 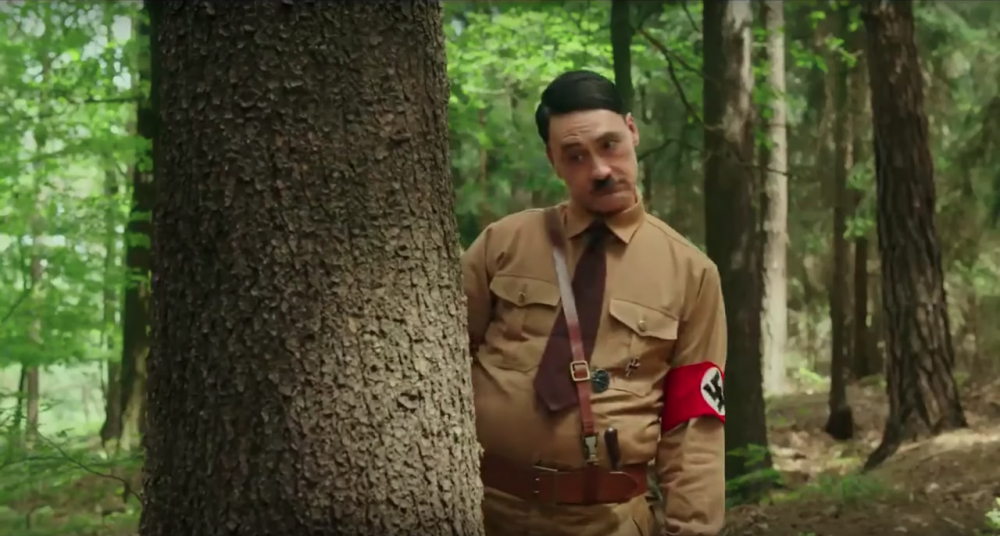 Next, let’s turn our eyes to the films festival heads can’t start talking about. While Joker is perhaps the most surprising buzzy property coming out of TIFF, the film that the festival runners are most excited about is Taika Waititi’s Jojo Rabbit. They keep insisting they’ve “never seen anything like it,” and think it’s a heavy contender for the People’s Choice Awards. This falls in line with what I’ve been hearing since June – that Jojo Rabbit is something special that cannot be missed. I’ve heard rumblings about a massive Fox push for Best Picture and Best Director, an all-out campaign for Best Adapted Screenplay, and some potential acting campaigns for Waititi and Scarlett Johansson. However, that same source that raved about Just Mercy did, in fact, give me a brief warning: while people are loving Waititi’s anti-hate satire, there’s been some pause when it comes to awards love. It’s a truly weird film – I mean, the premise is a young boy questioning the Nazi regime he’s been raised to love with the help of his mother and his cuddly imaginary friend whom he’s designed to look like a good-hearted Adolf Hitler played by a Polynesian Jewish man – and it’s easy to see the Academy writing it off as too weird. But there’s too much goodwill towards this film in the universe, and I’m excited to hear what the general populous says out of Toronto. Meanwhile, the buzz for Noah Baumbach’s Marriage Story is reaching a fever pitch, especially after its recent festival bout. While I’ve been hearing great notes about it for months now – particularly the cast, direction, writing, filmmaking, etc. – Baumbach has only had Oscar success once in his fifteen-year career. I was a little hesitant to include him. And then…the film got a TIFF slot. And then a Venice slot. And then a New York slot. And it is highly expected to play Telluride. That’s four major festivals – the same rollout Netflix used on Roma last year. That’s a sign of major support within Netflix’s hallowed walls, and could mark the sign of a major Oscar contender. Will the film land with audiences and break the Netflix Rule? Or will it continue to prove it? Time will tell, but all I know is these are the two films that have people most excited.

Next, let’s look at the people pleasers. Obviously, the biggest question mark of the year is Little Women, Greta Gerwig’s follow-up to Lady Bird based on the famous novel. People have been skeptical of Little Women ever since it was announced – it’s the fourth cinematic adaptation of the novel, and like the 30th overall. But I’m pleased to report that the word on the street is that the film “delivers.” It’s a big, crowd-pleasing spectacle, and it is expected to go over gangbusters with the Academy. The exact quote I heard is that it is about to become a nominations hog, earning love in several categories, including Gerwig as writer/director and maybe even a win for Saoirse Ronan (finally). This is rapidly becoming my most anticipated film for the winter, and I cannot wait for its December release (the studio has opted to skip the fall festivals in order to build up buzz and anticipation). Similarly, James Mangold’s Ford v Ferrari has been earning hype as one of the best properties of the year. It went over “killer” with its test screenings, and the film is likely to become one of the hits of the fall festival season, including Toronto and presumably Telluride. It has also been confirmed as a co-lead situation, so the odds of category fraud for Matt Damon/Christian Bale are slimmer than usual. Expect love for Mangold, the writing, the filmmaking, and maybe Bale if one of the frontrunners gets dropped. 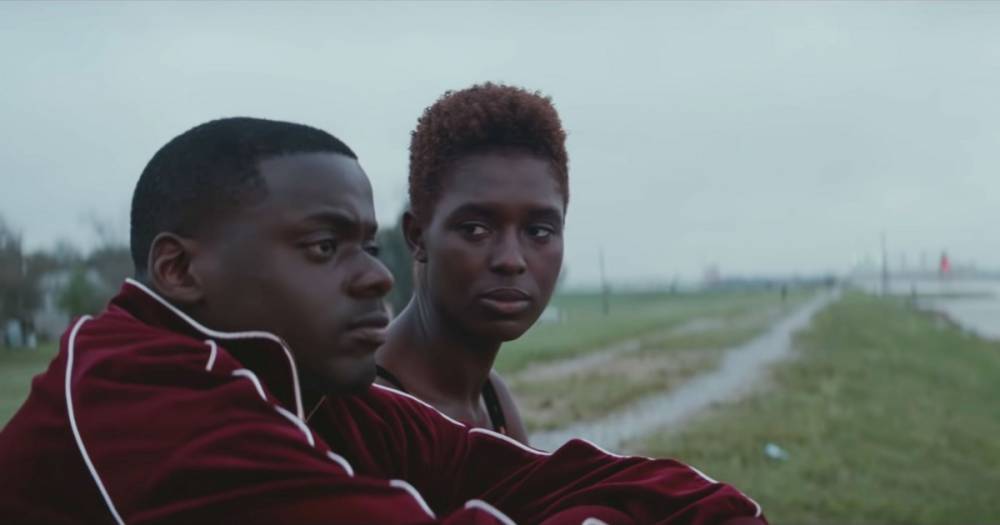 And finally, we have two question marks that buzz tells me could go either way. The first is Steven Soderbergh’s Panama Papers film The Laundromat. I’m not quite sure what to make of The Laundromat yet. Despite a TIFF and Venice release plan, I had mostly heard that the film had confused studio heads, who didn’t know what to do with it. However, there’s a perfectly good reason for that, which wasn’t revealed until TIFF execs began praising the film quite recently. Apparently, the film is not the conspiracy thriller we all anticipated – much like Soderbergh’s The Informant!, the film is more of a scathing satire. And beyond that, it has (get this) a great Meryl Streep performance. While maybe not a Best Picture contender, I’d be on the lookout for a Streep/Adapted Screenplay bid from Netflix for this film. And then there’s Queen & Slim, Melina Matsoukas’s dark romantic race thriller about an African-American couple forced to go on the run after they accidentally kill a racist cop in self-defense. Written by television scribe Lena Waithe, the film has been a much-buzzed about property since CinemaCon. Several pundits began predicting this modern-day Thelma & Louise/Bonnie & Clyde as a Best Picture frontrunner. These pundits have been ignoring the tea leaves. While the buzz on the street is that the film is quite good (unsurprising to anyone whose seen the trailers), it’s also expected to be reactionary amongst the Academy. The test screenings were quite polarizing, and Universal has already made the decision to skip the fall festivals. That’s a devastating blow to a small film that needs festival buzz to stand a chance Oscar season. What’s more, Universal already has 1917 and (*gulp*) Cats on its roster – two buzzier films with better chances at awards love. Why waste money on a small unknown property when you have two films by Oscar winners destined for at least technical nods? It’s unfortunate, but that’s the way of the world. Hopefully the film will actually be great and they don’t mess around too much with it in the wake of test screenings.

So that’s where we stand heading into the fall festivals. Obviously, these are nothing more than rumors and hints from people we’ve never met. But they are people who know film; and they’ve been right before. So let’s use this information as we see fit, and head into the fall festival with tickets, popcorn buckets, and open hearts!