‘When We First Met’ Review 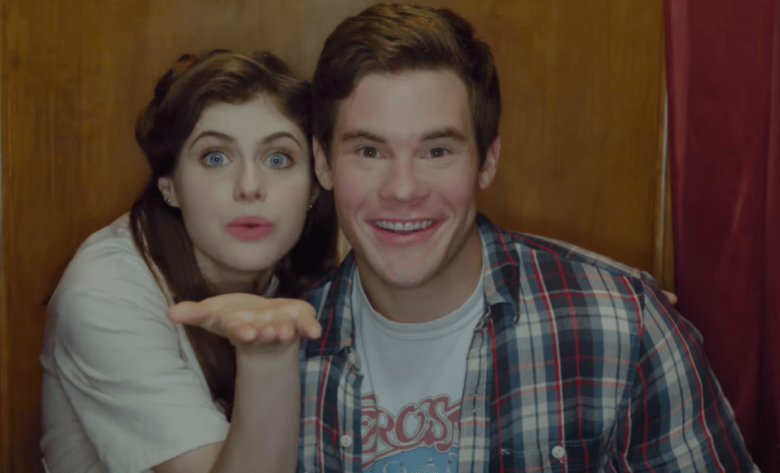 It’s hard making a film about the concept of the “friendzone” these days. While originally an innocuous term to describe a gender-neutral unrequited love, the term has been co-opted by the MRA and Alt-Right, who use it as a defense of their “that bitch won’t sleep with me cuz I’m too nice” lifestyle. Their awfulness has tainted the genre forever, and while When We First Met tries its best to satirize these stories with good actors and a unique angle, it ultimately indulges in far too many tired and troublesome tropes and clichés to evolve into something worthwhile.

In 2014, Noah Ashby (Adam DeVine) met Avery Martin (Alexandra Daddario) at a college Halloween party. Over the course of the night, they grow close, but unfortunately for Noah, who has fallen in love with her, she views him as a friend. What’s worse, she meets Ethan (Robbie Amell) the next day, and in 2017 they become engaged. Heartbroken and dejected, Noah wanders into the bar they visited the night they met, and he finds himself in their photo booth, where he wishes for a second chance. The photo booth opens a time wormhole that continuously takes him back to that very day. And so, with the help of his best friend, Max (Andrew Bachelor) and reluctant assistance by Avery’s best friend Carrie (Shelley Hennig), Noah hopes to have a second chance at the love of his life.

For the length of the film, it’s sometimes difficult to realize what exactly the film is doing with the “friendzone” narrative. I mean, for the first fifteen minutes, the plot makes little sense – the “other guy,” Ethan (played by Robbie Amell, who broke out playing this role in the wonderful Zach Stone Is Gonna Be Famous), is pretty much the perfect boyfriend, and there’s not much going for Noah other than the fact he’s a “nice guy,” which is the argument of every “Hello M’lady” douchebag in history. Furthermore, while DeVine and Daddario have impeccable chemistry and timing, often elevating the material from its primitive state, they never feel like they should be anything more than friends, making the story feel pointless, and perhaps even dangerous. However, as the film goes on, it’s message becomes clear – these friendzone narratives are glorified nonsense, and they keep you from realizing true happiness. While Noah spends the entire film fawning over Avery, he (spoiler alert) misses the fact that he has great chemistry and matches well with Avery’s best friend, Carrie. It’s a clever subversion of the trope, and it helps that DeVine is such a charismatic actor he can create chemistry with anyone he’s put next to (not that Hennig is much of a slouch herself, delivering the solid one-liner here and there throughout). The entire premise culminates in the revelation that this is the rom-com version of chaos theory, and while the film’s description of said theory is one of the worst I’ve ever heard, it still delivers an important and kind of refreshing takedown of the romantic comedy genre’s weird fixation on destiny – love comes out of a random series of events that leads us to “The One,” not because destiny leads us there. It’s a refreshing angle, and it allows the film to have the ability to stand out from the drek.

Unfortunately, while the film has some interesting, refreshing takes on a relatively lame formula, it never quite breaks the mold the way it wants to. See, while it wants to be a satire of the friendzone story, like Just Friends, it finds itself time and time again utilizing too many tropes of the genre. Too often it finds itself glorifying the ideas that just because you treat a woman with a modicum of respect and kindness she is entitled to have sex with you. Hell, the second time Noah goes back to woo Avery, he tries to “treat her badly,” as “girls always pick the bad boys.” This leads to an unwatchable five minute sequence where Max tries to teach him how to treat women badly (“Girls can’t resist a guy who makes them feel bad about themselves” is a real line in a 2018 film), followed by a sequence filled with transphobic jokes and extended verbal abuse, which somehow leads to their hookup. Yeah, I believe that women with lower self-esteem can wind up in self-destructive relationships, but I can assure you no guy would ever manage to have success with the lines Noah uses here. This is still better than the first attempt, which ends with Noah’s knowledge of Avery’s personal life getting him branded a stalker. This leads to jokes about rapists and girls beating up boys. LOL, so funny. Speaking of time travel, the film’s depiction here lacks all sense of rules, logic, and enjoyment – the only worthwhile humor to come out of the entire plot is a use of “Back In Time” by Huey Lewis and the News. Overall, the film’s interesting twist is bogged down by bad writing, flawed execution, and an inability to commit.

It’s a shame, too, because each and every actor really does try to make the film as charming as possible. Adam DeVine does his best with the rotten material, proving himself a true rom-com lead thanks to his chemistry with every single co-star. He knows how to deliver a line, no matter how awkward or offensive it might be. Meanwhile, Daddario is likable as Avery Martin, playing off DeVine well and starting to emerge as the actress she truly is. Andrew Bachelor has the worst role in the film, but he at least plays it knowingly, and Robbie Amell makes a great good-guy boyfriend. And perhaps the film’s biggest breakthrough is Shelley Hennig, who damn near steals the film as the sarcastic, melancholic Carrie. Hennig has the film’s strongest comedic timing, and does a great job as the film’s stealth romantic lead.

I really wish When We First Met had lived up to its potential. The actors are funny, and the material could have been fresh, but it just finds itself sliding into cliché after cliché as it progresses. There was a good movie here somewhere. I’m sure of that. And I wish for nothing but the best for this cast. However, when it comes to the overall final product, I’m just not sure there’s enough here to warrant a viewing.