Ranking The Year At The Halfway Mark: Wednesday Listicles

HomeListsRanking The Year At The Halfway Mark... 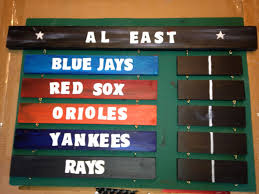 For whatever reason, people seem to be inherently interested in lists. Whether it be validation of their own favorites, anger at a result they don’t like, or a combination of these factors, a “definitive ranking” of things people like always provide fodder for the masses. Personally, I think lists can bring out the worst of people and trivialize accomplishments and the incomparable by pitting them against each other. However, they also fascinate the hell out of me, and as bad as I know they are, I still love the idea of creating and reading them. If you can’t beat it, and in fact love it, then you better join it!

So for the foreseeable future, I will be posting lists and rankings for anything I’m fascinated with. It could be anything in pop culture, ranging from the best movies to the best soundtracks to the best television performances to the best songs. Whatever I feel like sharing that day, I’ll post. Starting soon, I may begin posting my Top 100 Greatest Films of All Time. After that, who knows? Some lists, I’ll provide my thoughts on my picks. Some I’ll just post and let you argue. No matter what, you can get a glimpse into what makes me tick as a critic, a lover of art, and a human being. Maybe you’ll even learn about a new film to check out. These lists will be coming every Wednesday, and I will refer to them as the “Wednesday Listicles.”

As the inaugural entry of this series, I’ll post my rankings of 2016’s films, from best to worst; this way you can get a general idea for my thoughts on the year at the halfway point. I had started an article with more detail on the subject, but I scrapped it since it started getting a bit too cynical. This has been a fairly terrible year for film, and with the exception of one great film and one flat-out masterpiece, I don’t think anything from the first half of the year will stand the test of time, even the films I liked. That being said, it’s interesting to see how they all compare, and I’m excited to see how they will face off against a highly promising back half of the year. So, without further ado, here are my thoughts on the films of the first half of 2016:

Tags: Best of 2016, Caesar!, Everybody Wants Some!!, Hail, Wednesday Listicles